skip to main | skip to sidebar

Pinoy Pride Growing around the World...

I just recently shared on my Facebook a shakey phone cam video of the Eraserheads going on stage doing a massive concert. You see a huge crowd of Pinoy's paying to see this pinoy band. Interesting thing is this concert just happened in Dubai.

The thought hit me, more and more we are seeing the growth of Pinoy economic power around the world and it is manifesting itself more and more in supporting Pinoy creativity/skills around the world. It wants to support pinoys. Witness the fervour whenever Manny Pacquiao fights in Las Vegas. Look at the growing number of pinoy Indie films not only showing but winning in film festivals every year now. Look at the popularity of a new generation of extremely talented pinoy comicbook artist. Understand that there are so many pinoy professional artist in Pixar, that they call themselves "Pixnoys". My parents went on vacation to Egypt the other year and were treated like VIP's because one of their friends son's had a high position in the Embassey there.

If I were a filmmaker (a dream I had before I became a comicbook creator) I would capture and record this growing phenomenon for prosperity. For our history, especially since so little of it is recorded in any form.

I would follow a Pinoy success story (like a singer/band) as they do what they do in Manila and then to the provinces and then internationally. In every locale I would setup meetings with other local pinoy success stories and interview them on this growing pride. In all these countries i would find Pinoy city/government officials, local pinoy press, bloggers, reporters, business owners, professionals of all fields. Show the proliferation of Seafood City pinoy supermarkets with Chowking, Red Ribbon bakeries, Jollibee's franchises around America. Show what high positions pinoy's have in other countries.

I would time events together to coincide with film festivals showing pinoy films, with other musical pinoy shows, with sports events, with comic conventions. All in an effort to concretely show that pinoys are a major part of any country today and that as they work hard for their families back home in the Philippines, they yearn for a piece of home.

I think this is something that audiences back in Manila need to see...to see what real effect Pinoy pride/skills/creativity/power is now having around the world.

It would also be my sly way of showing, look at all this pinoy skill/power making lots of money for other countries, imagine what we could all do back home given even half a chance...oh well, I can dream can't I....Whilce...

So true. There are many successful Filipino's overseas. If only our country would be more into, "it's WHAT you know and not WHO you know" to be successful at the Philippines. I believe that many of our fellow countrymen (women) would stay at the Phillipines after getting an education & have a career there.

You are right Anna, most Pinoys abroad save up their money so they can vacation back home. That means that the relationships and experiences are still there, only the opportunity to work is not. I once saw an interview with a superstar entertainer in Manila who can pack a stadium in an hour but every time he talked to producers they would Nickle and dime him on the terms, but when so and so artist from the States who had a hit record decades ago wants to come to the Philippines, the producers are willing to give them anything...fortunately we are starting to see the audience demand Pinoy talent, and where the audience goes the business must...fingers crossed...Whilce... 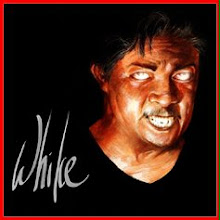 At the Desk of Whilce Portacio

The only place on the Net
to Interact on a regular
basis with the artist.